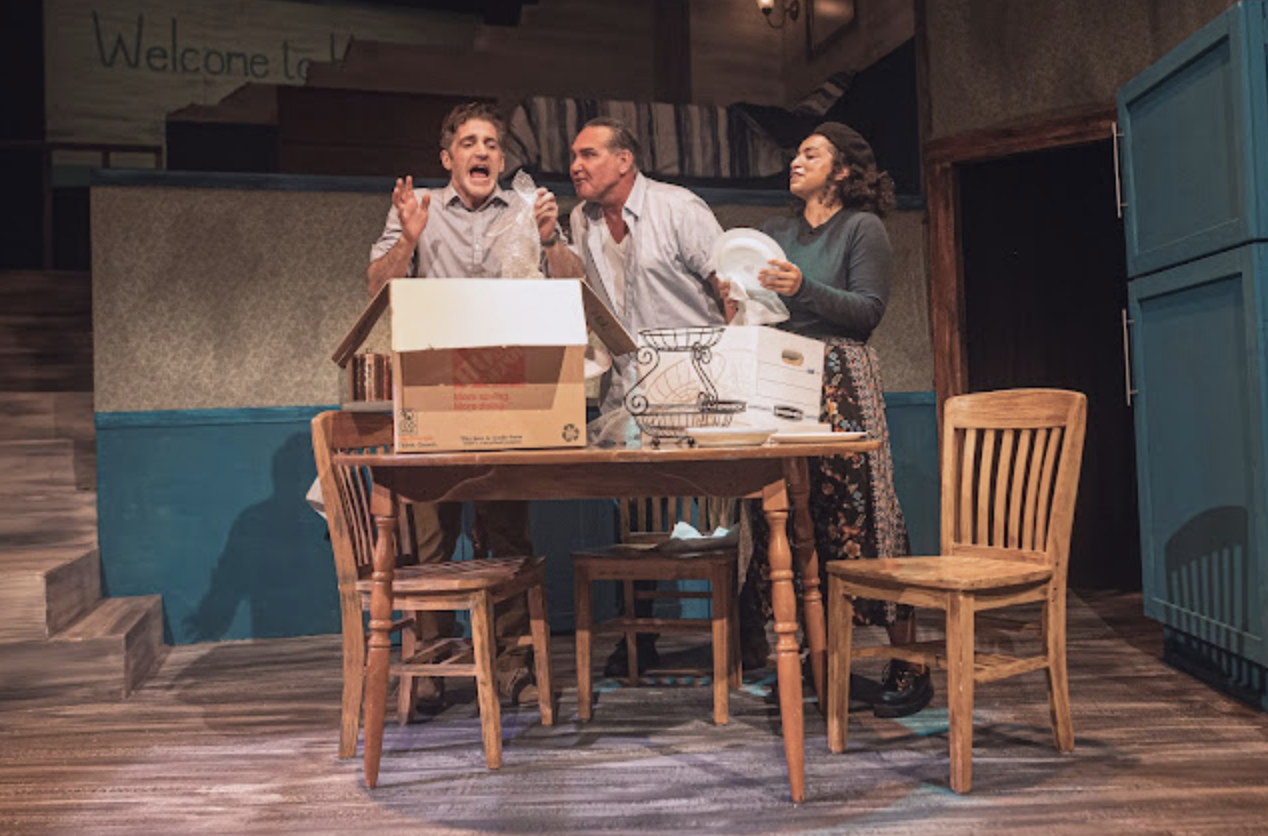 You know? Live events in San Diego and Los Angeles started coming back around June-ish, July-ish. The obvious focus then was the indoor factor, wearing a mask the whole time, the feelings coming from the unknown. Now, theatre companies coming back during this time are focused on the experience itself for audiences. Yes, safety protocols as a priority but beyond that. Backyard Renaissance Theatre Company very creatively designed a spooky and suspenseful comeback with Witchland. A 90-minute world premiere by Tim Mulligan.

Audiences stood in line waiting to get into the already scary venue, Tenth Avenue Arts Center in Downtown, and was asked to sign an interesting (also a bit spooky) waiver that leads to the experience as well as getting a wristband that indicates who is “ready to have fun”. Witchland is theatre performance, meets haunted trail, meets, La Dama de Negro (The Woman in black), The Ring (or The Conjuring… your preference).

The show is directed by Andrew Oswald and features Marcel Ferrin, Dagmar Krause Fields, Kay Marian McNellen, Kaivan Mohsenzadeh, Kate Rose Reynolds, Markuz Rodriguez, Daren Scott, Christopher Louie Szabo, Liliana Talwatte, and Amira Temple. Directing this was probably not an easy assignment due to many moving elements, the immersive aspect, and having actors walk around all over and under the place -literally- but Andrew Oswald handled the task cleverly well. And how could he not? having Jeffrey Neitzel, a Fright Coordinator and Haunt Specialist on the team? you have to keep those close and handy. 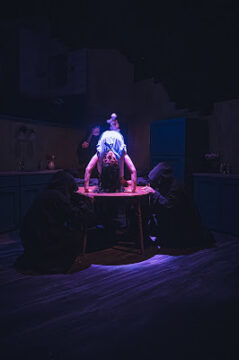 Jared (Christopher Louie Szabo) and Van (Daren Scott) are a gay couple living in Seattle with their adopted daughter Ali (Amira Temple) who is exhaling at school and gearing up for her senior year. Van is managing a restaurant and has been sober for three months. Even though things seem to be running smoothly, Jared wants more for the family and has been offered a high-paying job that can allow the family a bigger space and college money for Ali. So, he convinces them to move to Richland, Washington, a town considered the most toxic ever and historically linked to the “Downwinders Class Action Lawsuit” for the large number of cancer cases caused by the resident nuclear power plant. It also houses Judith the witch (Kate Rose Reynolds) that coincidentally lives across the street from their new, yet temporary home.
Daren Scott is utterly hilarious from minute 1 to 90, easing the audience between scares with pleasant, fun laughs. Christopher Louie Szabo as the concerned, hard-working, and well yeah, possessed partner, is moving. Veil-y and creepy Judith is powerful, bringing theatre goers’ souls out while chanting away what seems to be Latin? Hard to tell but it was hair-raising.

In addition to being very impressed with how well put together this piece is and all the original aspects, I do appreciate a good story. Not only will patrons be immersed in the narrative (and spooks) but also the reality of many towns in this country. The lack of acceptance and withholding parts of your life in order to fit in. Once the family moves from Seattle, Ali has a tough time in school. Classmates cannot understand how she can have two White dads being Black. No one there looks like her nor is considered different. At one point she is even advised by her new friend Shannon (Kay Marian McNellen) to not mention her parents in order to not stand out. Having these topics marinated into the story, is a lovely highlight.

Faith A. James’s costume designs are as well as the piece, very impressive. I favor Ali’s. Those outfits were on fire and Amira rocked everyone. She too rocks some chants while standing up to tricky Judith, creating a very powerful and engaging scene together. 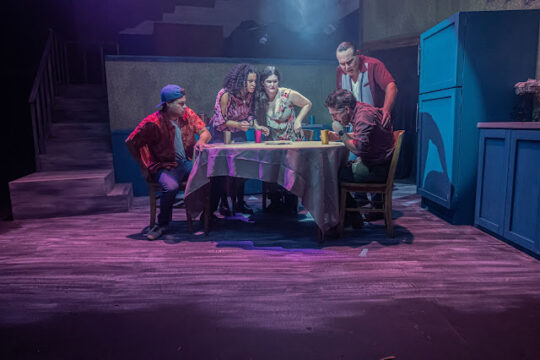 Special mention to Lighting Designer Lorrena Harvey, Scene/Prop Designer Tony Cucuzzella, Sound Designer George Ye, Stage Manager Anna Younce and Assistant Stage Manager Dylan Napieralski. Because of them, you will be pleasantly scared and have all the emotions running through your popping veins.
Witchland is the perfect night out with friends or for a date. Fun guaranteed. Congratulations Backyard Renaissance for welcoming audiences back and making them feel as alive as ever and with the healthiest lungs too.

You can purchase tickets here: https://backyardrenaissance.com/tickets/