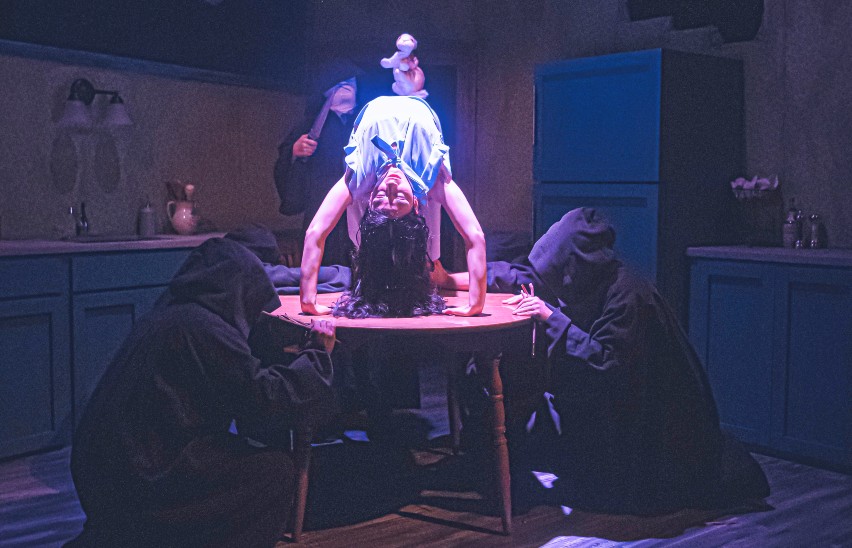 Ahh, lovely, pastoral Richland, situated in southeast Washington State, at the confluence of the Yakima and Columbia Rivers. A plethora of outdoor activities. Three hundred days of sunshine a year. And something a lot darker down below.

In 1943, the U.S. Army established the Hanford Engineering Works (now called the Hanford Site). It was there, as part of the Manhattan Project, that 74 tons of plutonium were created for the Trinity Test, the type of bomb later dropped on Nagasaki. Since the end of the Cold War, 56 million gallons of radioactive waste have been held in underground tanks. Environmental cleanup is the mission, but it’s expected to take 50 more years.

And the tanks are leaking. The vapors they emit contain radioactive chemicals known to cause cancer as well as brain and lung damage. Richland has been called “the most toxic place in the Western Hemisphere.” America’s own Chernobyl.

No wonder we have to sign a detailed waiver before entering the Hanford Nuclear Site (at the Tenth Avenue Arts Center downtown), where Backyard Renaissance Theatre’s “Witchland” is set.

We’re ushered into the theater by folks in hazmat suits. The sounds and lighting are stark and eerie. Things will only get increasingly loud, unnerving, and downright goosebump-inducing.

We’re following the story of a nice Seattle family — two white dads and their Black teenage daughter. One dad, an engineer, just got a job on nuclear site in Richland (the town was named for Nelson Rich, a state legislator and land developer). Jared will be part of the cleanup (three times more salary!), where they’re all going to move for “just two years.”

Then they discover that their new digs are across from the “witch’s house.” After some harrowing experiences, they and others begin to call the town Witchland.

First-time playwright Tim Mulligan (a long-time friend of BYR co-founders Francis Gercke and Jessica John, who’ve helped him hone the piece), knows of what he speaks. He was born and raised in Richland, and even worked at the nuclear site during high school, where the sports team really IS called The Bombers, with a mushroom cloud as their logo.

The Gerckes and guest director Andrew Oswald assembled a stellar cast of eleven — excellent actors and screamers, all. (Kay Marian McNellen, as Ali’s new friend, is especially adept at the spine-tingling shrieks).

There’s plenty to scream about. But not much to tell, or it’ll ruin all the scary, supernatural surprises.

You should know that there are two tiers of audience members (identified by color-coded wristbands): the All-Scares and the Scaredy Cats, those who do or don’t want to be fully immersed (i.e., touched and terrified throughout the proceedings). You get to choose.

For a theater company, it’s a formidable challenge to make real fright believable onstage. But this outstanding production makes it happen in spades (there’s even a Fright Coordinator and Haunt Specialist, Jeffrey Neitzel).

Along with the highly inventive design team (set and properties by Tony Cucuzzella, lighting by Lorena Harvey, sound by George Yé and costumes by Faith A. James, Zak Weinrich, Lilymoon Perez and Jessica John) the creators establish a hair-raising and nerve-rattling environment.

Amid all the terror, did I mention the laughs? The piece is filled with fun, thanks in good part to the skills of Daren Scott, whose hilarious, dry-wit character could’ve been written expressly for him. Due to adroit writing and acting, the dialogue sounds natural throughout (though there is some spooky speaking in tongues).

No detail is left unexplored, and in a bit of creepy verisimilitude, some of the symptoms of “possession” experienced after contact with the witch (played at different ages and stages by Kate Rose Reynolds, Dagmar Krause Fields and Liliana Talwatte), precisely mirror the symptoms of those who’ve become ill in the real Richmond, where there may not be a witch, but the nuclear reverberations are certainly grisly and ghastly. Poor haunted, bedeviled Judith seems to represent Mulligan’s (fiendish) imagination at work.

Although one can’t exactly say that all the sinister events are resolved at the end (they aren’t in witch-less Richmond, either), this twitchy theater piece offers an evening of sheer fright and delight.